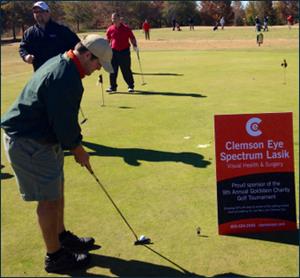 CLEMSON, SC (August 31, 2015) – Clemson Eye is pleased to again be a sponsor of this year’s Goldstein Charity Golf Tournament on Friday, September 25. This is the 11th year for the event, which benefits Helen’s Hugs, a charitable organization supporting therapeutic horseback riding for special needs children. Helen’s Hugs was founded to honor… Read More

GREENVILLE, SC (August 27, 2015) – Diabetes is the sixth leading cause of death in South Carolina and third most common disease among adults across all 50 states. More than 11 percent of the population of South Carolina has the disease. Alarmingly, this rate is increasing, particularly in the Upstate. There are many serious complications… Read More 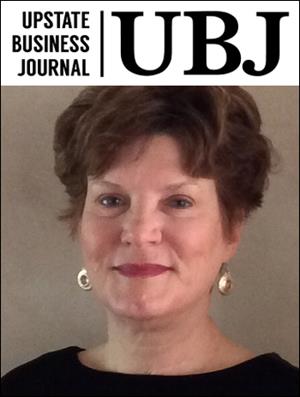 Clemson Eye is expanding its medical aesthetics division in Greenville to respond to growing demand. The firm, with five offices in the Upstate, has hired a second medical professional, and will be adding an aesthetics suite in its new Greenville facility, scheduled to open in December 2015. Janice Sasser, a nurse practitioner, has joined the… Read More 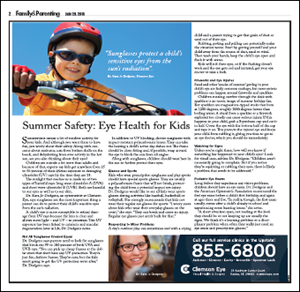 Easley Progress Family & Parenting Supplement, July 2015 Summertime means a lot of outdoor activity for your kids. And although you want them to have fun, you worry about their safety. Along with concerns about sunburns, cuts from broken shells on the beach, and dehydrating from over activity in the hot sun, are you also… Read More 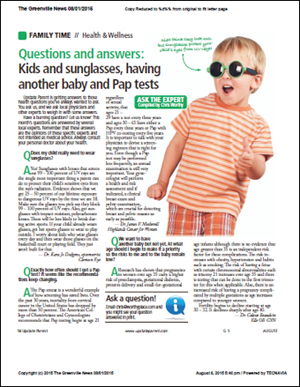 Ask the Expert: Kids and Sunglasses

Upstate Parent, August 2015 Clemson Eye’s Dr. Kara Jo Dodgens was the expert consulted about children’s summer eye safety in the August edition of Upstate Parent. Read her response. Q. Does my child really need to wear sunglasses? A. Yes! Sunglasses with lenses that screen out 99 – 100 percent of UV rays are the… Read More 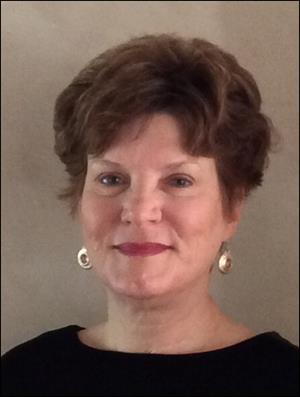 GREENVILLE, SC (Aug. 5, 2015) — Janice Sasser, a nurse practitioner with 10 years of experience in medical aesthetics, has joined the growing team at Clemson Eye. Sasser, a resident of Greenville, was most recently on staff at Aesthetics Center in Greenville. A certified nurse practitioner, Sasser earned her undergraduate nursing degree from the University… Read More